SMART Technologies received a warning from the NASDAQ that the company was in danger of being delisted. The reason was that it hasn't been able to maintain $1.00 price per share on it's stock, which at this moment is at $.24 per share.

Does this mean that SMART Technologies is dead? Probably not. They've already appealed to the NASDAQ, and will probably perform reverse stock split, combining outstanding shares until a share is worth more than a dollar.

NASDAQ gave SMART Technologies a deadline of December 31st, and if you look back at the trading in the last part of the month of December, there is some life there, like someone knew the end was nigh. 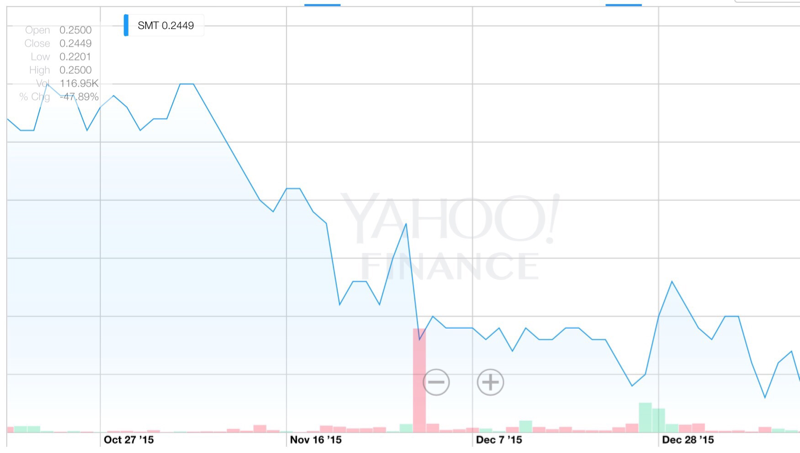 I had seen that mobile technologies were starting to replace interactive whiteboards several years ago, and when SMART Technologies announced that they were going to start licensing their software annually in September of 2013, I knew something was not going well.

Interactive whiteboards are 25 year old technology, let's all have a moment of silence, and move on.

P.S. I've been at the receiving end of criticism from teachers who need their interactive whiteboards. For those teachers, applaud you! As with any technology, there are those teachers that can see the tech and use it appropriately and correctly.

P.P.S. The projector is not part of the Interactive whiteboard (for the most part) and I'm not advocating getting rid of projectors out of the classroom. In fact, I think there should be more large format displays!