Apple’s Swift Playgrounds can help you learn to code, but it’s no HyperCard 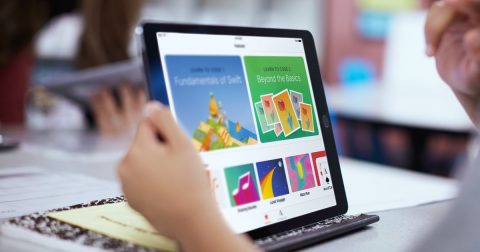 Sure enough, 45 minutes into the 2016 WWDC keynote, Tim Cook—not an SVP, but Tim himself!—unveiled Swift Playgrounds for iPad, “a new way to learn to code.” Because I’d been thinking about it, I had my tweet ready: “I personally think a way to learn Swift is not what the iPad needs—it needs a 21st Century HyperCard. But let’s see.”

Source: Apple’s Swift Playgrounds can help you learn to code, but it’s no HyperCard

Ars Technica digs deep into Hypercard and Swift Playgrounds. Although my experience with HyperCard is limited, I loved using HyperStudio during the late 90s, and its depressing that nothing really came in to take the place of either HyperCard or HyperStudio in the ensuing years. Tumult’s Hype comes pretty close, allowing the creation of HTML5 projects, but the learning curve is steeper than HyperStudio and the development environment is OS X only.

HyperStudio is still available, but in a world of Chromebooks and iPads, does it have a place?