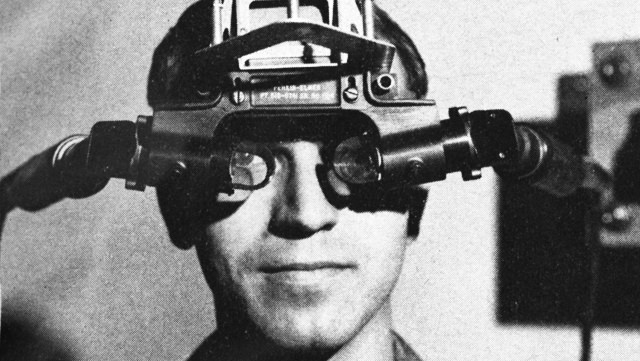 Virtual reality is, once again, being heralded as a technology poised to transform education. I say “once again” because virtual reality has long been associated with such promises. VR appeared in some of the earliest Horizon Reports for example, with the 2007 report positing that virtual worlds would be adopted by higher ed institutions within two to three years’ time; funnily enough, the 2016 report offers the same outlook: we’re still two to three years out from widespread adoption of VR.

The history of VR goes back much farther than this – the phrase “virtual reality” was coined in 1987 by Jaron Lanier, but attempts to create the illusion of being somewhere else – through art and/or technology – date back farther still.

“But this time it’s different.” That’s the common response from some quarters to my (repeated) assertion that there’s a substantial history to education technologies – to both the technologies themselves and to the educational purposes for which they’re designed or utilized – that is consistently ignored.

Everything old is new again.