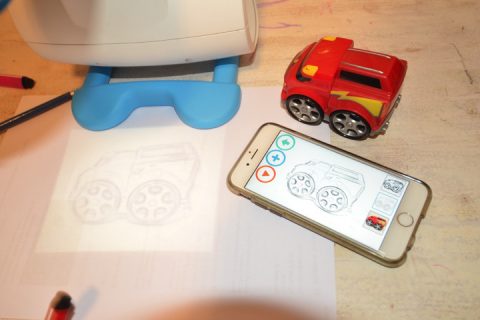 There’s ongoing debate in the art world about whether or not the great Renaissance painters may have used optical aids to help them trace the timeless masterpieces which now hang in galleries all around the world. But while that might be a controversial accusation for a renowned art master, the idea of drawing over a projected image is far less contentious — and even beneficial — when you think that it could be used to help a young kid learn how to draw.

It’s a Kickstarter, so there is a chance that there won’t be enough pledges for the product to ship. They’re asking for $65 and as of right now are still short of the $20,000 goal.

That being said, it looks like it could be a cool little device.