The greatest demo ever is 50 years old 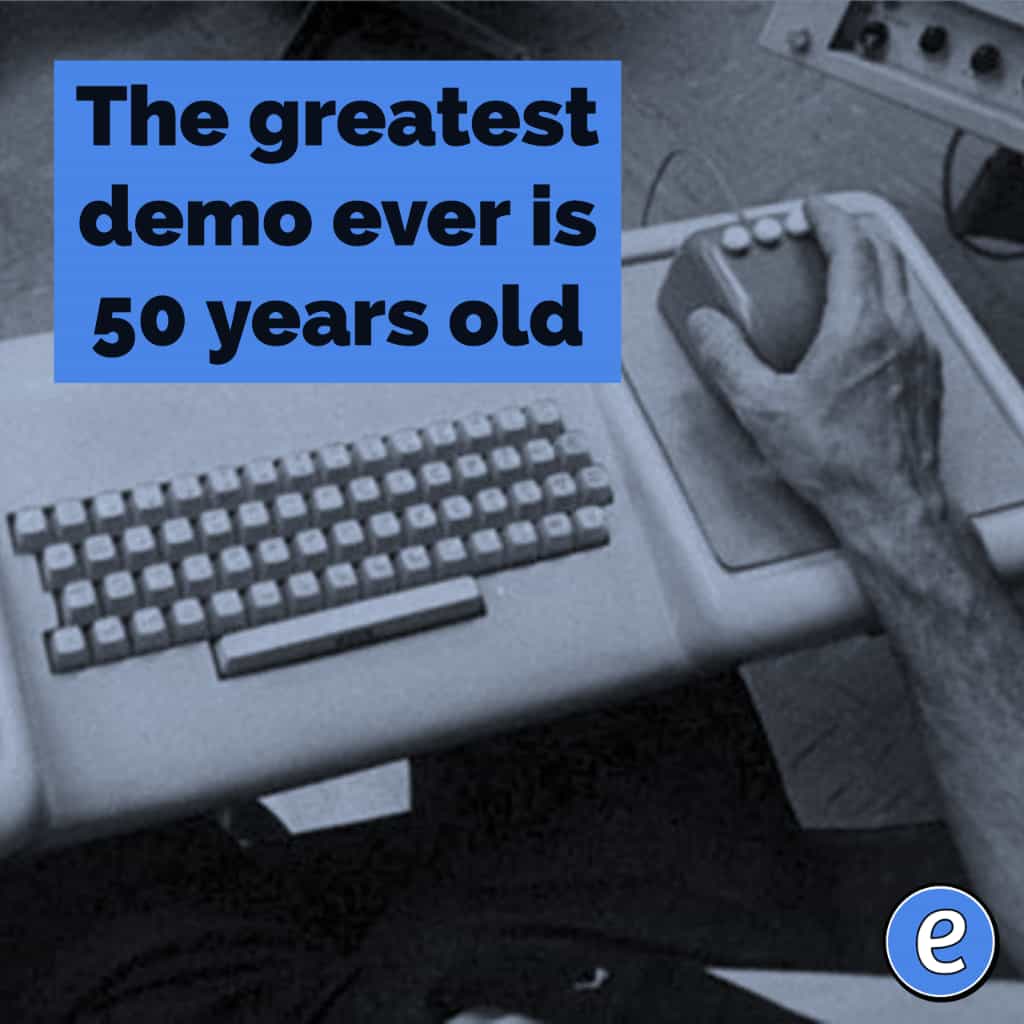 This year marks the 50th anniversary of Doug Engelbart’s groundbreaking 1968 Demo – also known as “The Mother of All Demos.”

It was there at the 1968 Fall Joint Computer Conference that Doug and his team at SRI first presented their seminal work in personal and collaborative computing to the world – this was the debut of the mouse, windows, hypermedia, file sharing, teleconferencing, and much, much more.

Instead of standing at a podium, Doug was seated at a custom designed console, where he drove the presentation through their NLS computer residing 30 miles away in his research lab at Stanford Research Institute (SRI), onto a large projection screen overhead, flipping seamlessly between his presentation outline and live demo of features, while members of his research lab video teleconferenced in from SRI in shared screen mode to demonstrate more of the system.

Doug demonstrated basically everything we now take for granted, in a time when no one outside of research and the government had access to computers. He demonstrated word processing, the mouse, hypertext (precursor to the world wide web),  revision control, and collaborative live editing of a document. Groundbreaking!

I’m trying to think of any recent demos that would have as much impact as this demo. Steve Jobs’ several demonstrations of Apple products such as the Macintosh and the iPhone come to mind. The Microsoft Hololens demonstration was also impressive.