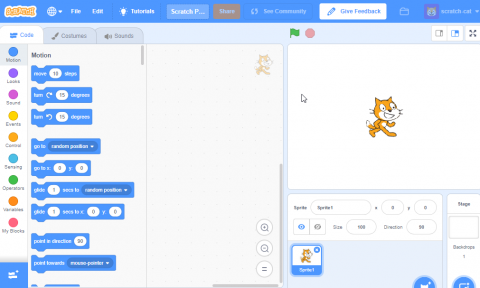 Scratch 3.0 is scheduled to be released this afternoon! Scratch is an online programming development environment that uses multicolored blocks instead of code. The new version is tablet friendly, discarding Flash which makes Scratch usable on iPads for the first time.

The other exciting feature is the extension system, allowing a Scratch program to interface with real world objects (such as a micro:bit, Arduino, and Raspberry Pi) or web APIs (such as Google Translate).

If you can’t wait until the official release this afternoon, you can play with Scratch 3.0 on the beta site.