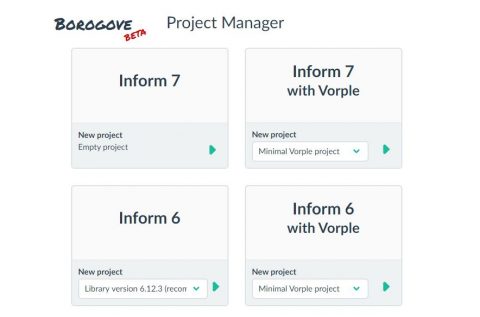 Interactive fiction (IF) was in its heyday in the 80s. It is a video game written as an interactive story where the player takes parts as the story unfolds. There is still an active community behind current IF, and tools such as borogove.app is an easy way to get started.

Writing a program in Inform 7 is a lot like writing a story. A story that if you were reading would seem kind of stilted, but once compiled into a game, it works pretty well. Here’s how you set up a room:

There is a room called Grand Hall. “You are standing in the Grand Hall. It looks amazing, with statues of fallen heroes lining the walls”.

Borogove handles setting up an environment where students can write their game and compile for release. The released games can be posted anywhere that supports html. As students write their game, they can save to their local machine, which makes Borogove usable without any accounts.