Slashdot linked to an article at The Guardian where Lawrence ‘Larry’ Luckham to his camera to work one day in 1967. 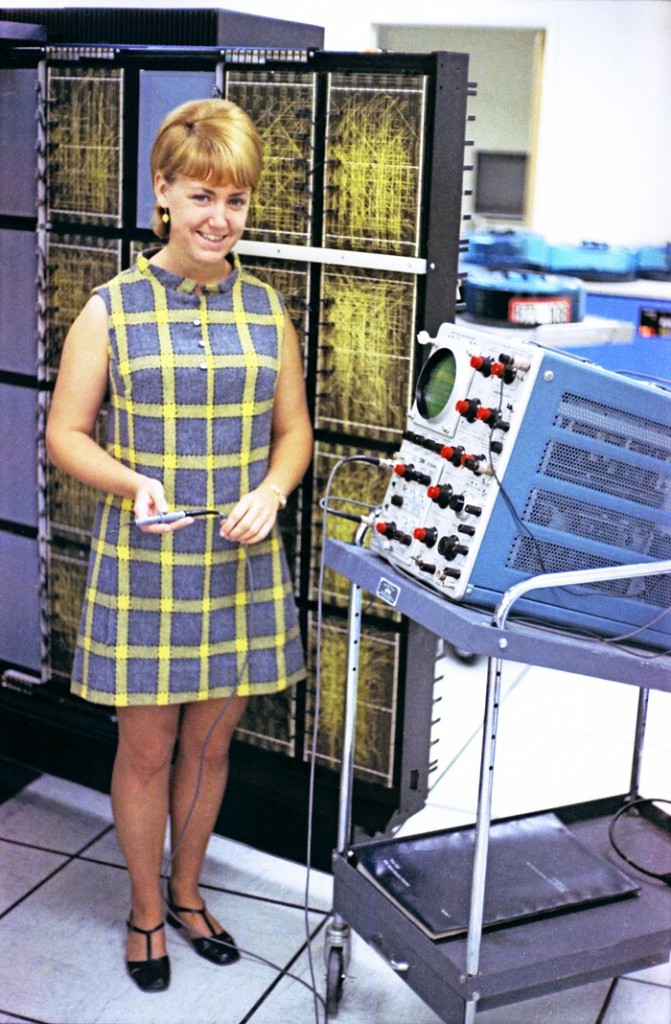 Well, yeah. That’s a given. The question is: how did that became a factor in skewing the industry so bad as to squeeze the female workforce out?

I think this is greatly cultural. I see a higher proportion of women going into STEM (including software and CS) in countries like India and China than in the West. So there is a cultural factor at play, and it is one worth discussing (hopefully without devolving into misogyny and faux man-rights.)

Probably a late 80s thing, to be sure, because even at Atari, there were significant female population creating video games, and there were many females in the history of computer science as well.

I say 80s because that’s when Nintendo came out, after the crash. They did one clever thing to get their NES on store shelves, and it may have had unintended consequences.

First, you have to remember the video game crash of the early 80s – it got to the point where retailers were shying away from anything videogame-related. So how does a company like Nintendo get their videogame machine in stores where retailers refuse to stock videogames?

Easy – you sell it as a toy that kids play with. But here’s the rub – toy stores were (and generally still are) separated by gender – you have boy’s toys on one set of aisles, and girl’s toys on another set, and they will not mix. Nintendo now had a problem – is it a boy’s toy or a girl’s toy – it can only be one.

This has very interesting ramifications – first, the Atari and other early console ads featured a whole family playing videogames – father, mother, daughter, son – all gathered around the TV and playing together. After this, Nintendo ads primarily featured boys – since that’s how they decided to sell them. No more parents nor daughters – just boys gathering around playing.

Which may explain the perchant for people to regard videogames as what kids do, but not adults (because it was sold as a toy for boys, not the entire family), as well as regarding it as a male endeavour – again, Nintendo marketing as a boy’s toy.

Other cultures didn’t have this. Japan didn’t have a videogame crash, and other countries didn’t have to market exclusively to boys, so the whole videogame/computer association with boys never got made through marketing.

Is that a plausible theory?