ⓔ Why I pre-ordered the first Ubuntu Tablet

Pre-orders for first Ubuntu Tablet went on sale on Monday with a shipping date of mid-April. I hesitated for maybe 10 minutes before putting in an order for the high resolution model ($340). I ran Ubuntu for about 18 months before going back to OS X, so I’m already comfortable with the operating system, but why would I order the tablet?

Ubuntu has been working on the idea that you may want to use your phone or tablet as your main computing device. The problem has always been that the interface for a phone or tablet doesn’t work that well when you want to use the device as a laptop or desktop. Convergence switches the interface between the desktop or tablet, depending on whether a mouse and keyboard or monitor is attached to the tablet. 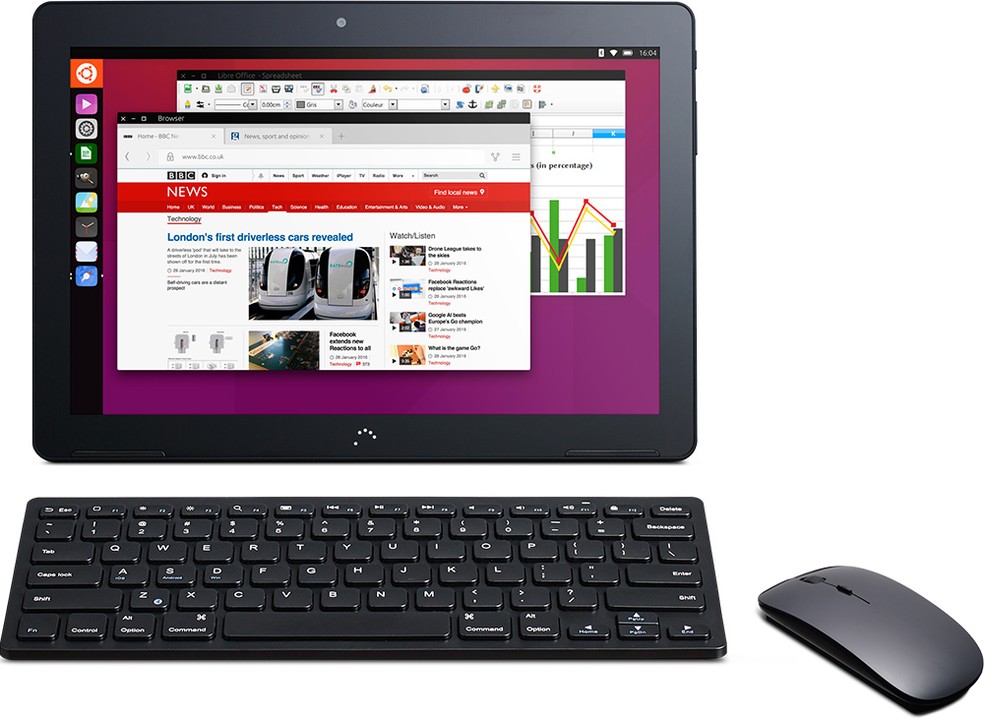 Disconnect the devices, and the interface changes back to a tablet. It will be interesting to use the device as a tablet, laptop, and desktop.

The Ubuntu Tablet in schools

Could the Ubuntu Tablet be an option for school districts? At ~$300 before adding a keyboard and mouse, it is price competitive with the iPad, but offering a lot more functionality. It’s still quite expensive when compared to Chromebooks, but like I’ve always said, a tablet can be a tablet or a laptop, while a laptop can only be a laptop (Chromebook Flip excluded).

We used Ubuntu laptops for two years in a one to one program. For management, the open source application Puppet came into play, allowing the laptops to be centrally administered. I want to test some of these management tools on the tablet to see how they can  be used.

I believe in the idea of open source, and by supporting Ubuntu and Linux, I hope to help move the cause forward. Competition is good for everyone, and having a third horse in the operating system race will only make everyone better.

With only 2GB of RAM I’m curious on how well the tablet will perform, especially running software such as LibreOffice or Gimp. The tablet has 16GB of storage, which is low, but can be expanded with a micro-sd card of up to 64GB. Also, since the processor is ARM instead of Intel, the tablet will not have Flash. This isn’t a big deal in tablet mode, but may be an issue on the desktop. But, I still haven’t installed Flash on my OS X laptop, and for the few times I need it I use Chrome instead of Safari.

I’ll have a full report once I receive the tablet and stop playing with it long enough to write down my thoughts.