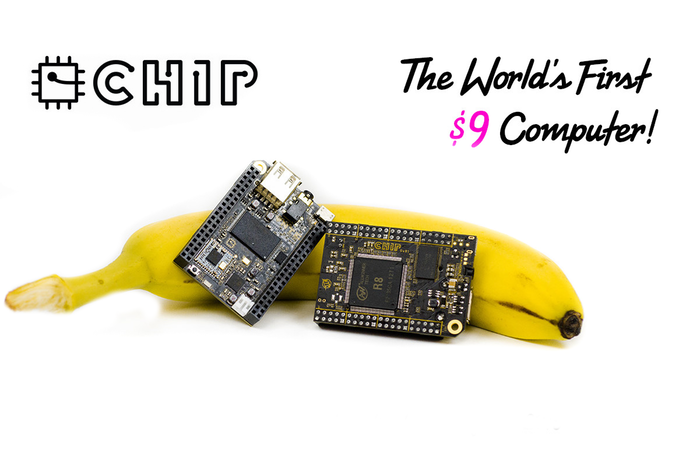 Other single board computers include the Raspberry Pi and its clones, but what makes the CHIP stand out is that it includes 4GB of storage along with bluetooth and wifi. Both bluetooth and wifi have been added to the latest Pi, the Pi 3, but the Pi 3 is almost 4 times the price of a CHIP, and still requires the purchase of an SD card. Although I’ve been talking about pricing a lot, don’t let pricing make the decision for you. Each of the SBC that are available have their own strengths and weaknesses, you need to look at the task you want to accomplish before selecting one.

But, what I’m most excited about, is the PocketCHIP. 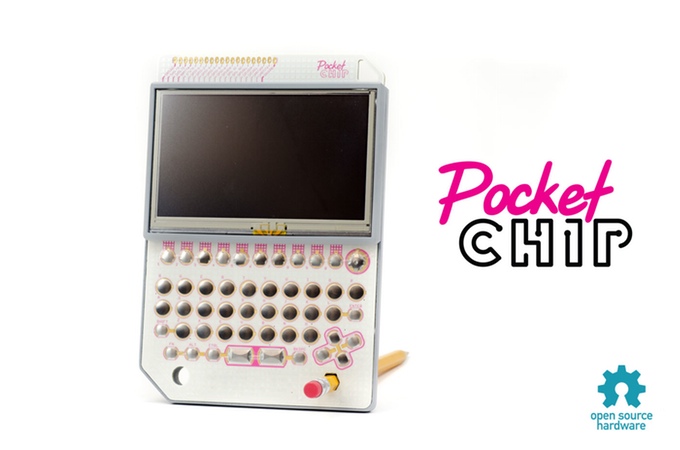 With the PocketCHIP, the CHIP becomes a fully functional computer for $69 (the price is for a PocketCHIP which also includes a CHIP). The I/O pins come out along the top for projects, but where other SBCs would require a separate keyboard and display, the PocketCHIP gives those capabilities to the CHIP in a compact form.

Unfortunately, more and more of edtech revolves around using the web instead of local apps. I believe Chromium (the open source version of Google Chrome) will be available, but it will be pretty painful on a 512MB device. But, maybe this is the device that will move us away from completing mostly word processing and presentation projects.

My PocketCHIP is scheduled to be delivered on Tuesday, and I’m very excited!