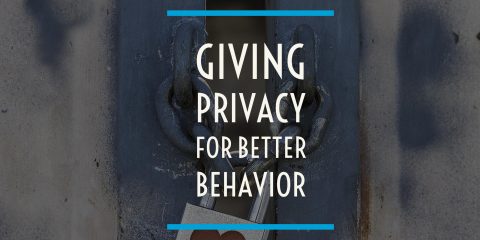 There’s a natural state of heightened attention to the self when we know we’re being watched, Bernstein notes. “Our practiced response become better,” he told me, “our unpracticed responses become worse.” So actions that have been drilled by the boss may well turn out better when everyone believes the boss is watching. On the other hand, for behavior that isn’t already learned—where the best response needs unselfconscious focus on the problem, and the chance to try something new without fear—being watched makes things harder. Attention that could have gone to one’s actions goes, instead, to managing the appearance of one’s actions.

The “gospel of transparency” declares that this is not a problem, because workers should stick to management‘s script. But in one vast Chinese factory that Bernstein studied, workers who craftily deviated from standard procedure often improved the plant’s productivity.

I see this especially with tech, that we need to monitor and log everything, just in case. Apparently, that may have a negative affect on un-monitored behavior. So tracking everything a student does on a laptop could affect the student’s behavior on their untracked smartphone.