A first look at the Acer Chrometab Chromebook 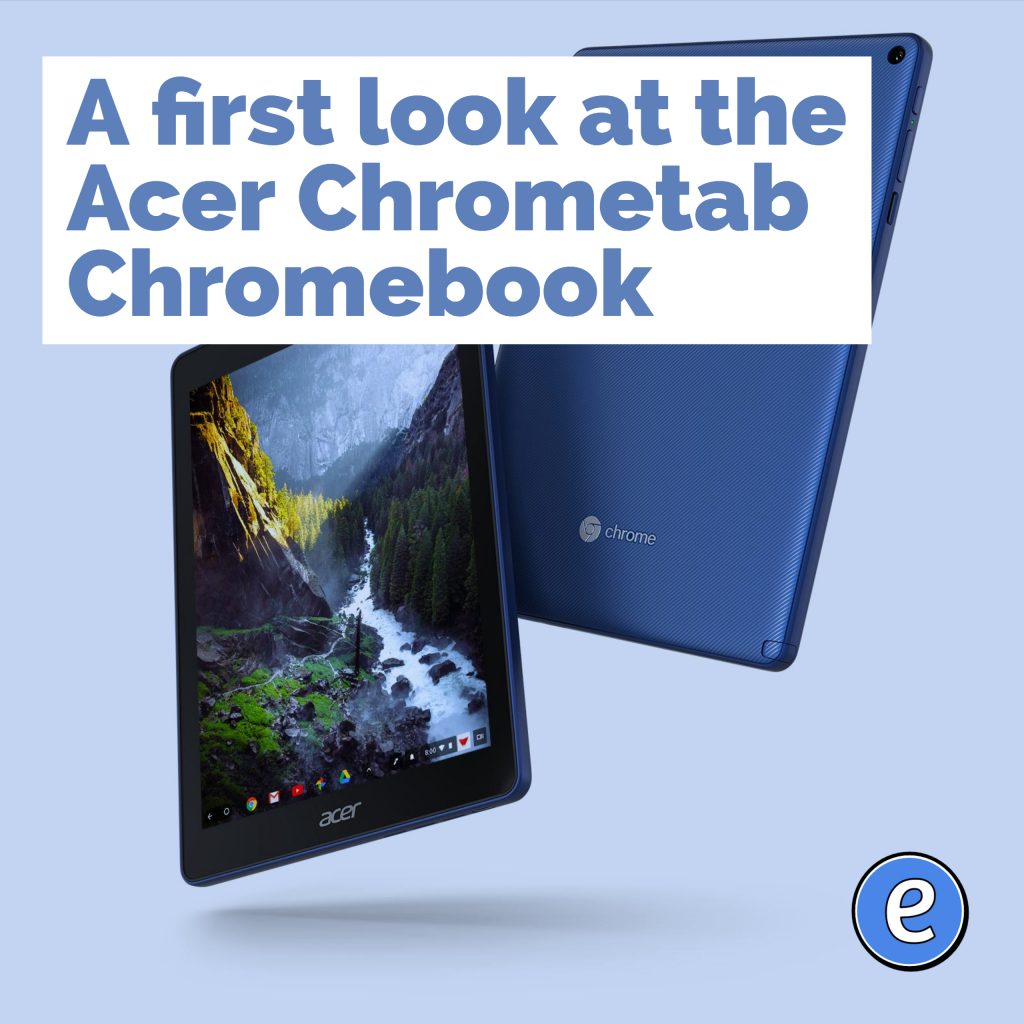 Alice Keeler takes a look at the Acer Chrometab.

Acer just came out with a new Chromebook… that is a 10″ tablet. This is not an android tablet, it is a Chromebook. However, Chromebooks can run Android apps so it is an Android tablet. But it’s a Chromebook. I keep saying this because I love Chromebooks! With the Acer Chrometab, I do not have to choose. It also has 4 GB of RAM which is my minimum requirement.

I’m really torn on the idea of the Acer Chrometab. On one hand, it’s nice to have a full Chromebook in tablet form. On the other hand, I find myself needing a keyboard too often when using a tablet to really make it a productive device. Adding a keyboard to the $329 price tag of the Chrometab creates a solution that could be better solved with something like the Lenovo 500e 2-in-1 Chromebook.

The Chrometab has one very compelling feature, and that is the 4:3 screen ratio. Too many devices are widescreen, which makes them a little cumbersome when used in portrait mode, such as the aforementioned Lenovo 500e 2-in-1 Chromebook. I prefer the 4:3 ratio of the Chrometab and the iPad over the 16:9 used my a majority of Chromebooks and even over the 3:2 ratio used by the deluxe Samsung devices, Window Surface devices, and Google’s own Pixelbook.

Are you looking at using Chrome tablets in your school?