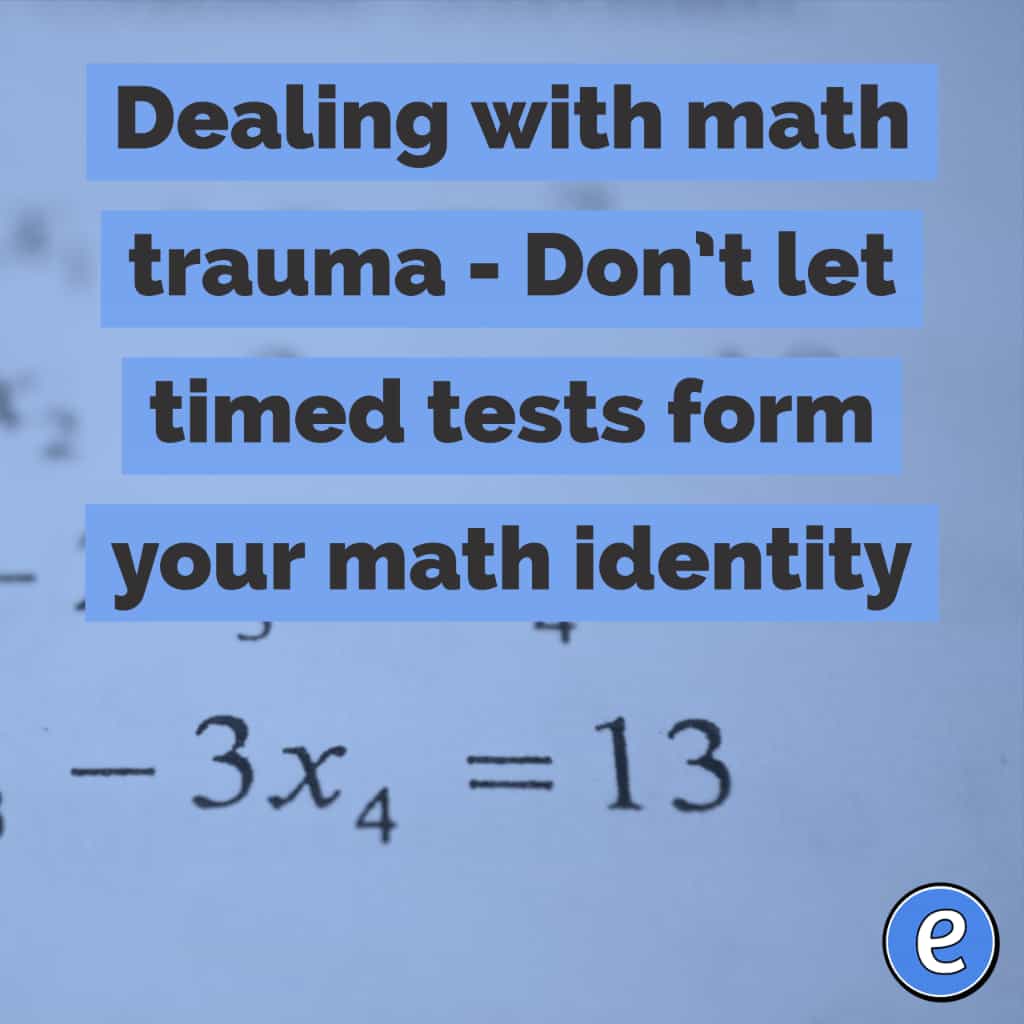 Math trauma manifests as anxiety or dread, a debilitating fear of being wrong. This fear limits access to life paths for many people, including school and career choices.

While math trauma has multiple sources, there are some that parents and teachers have power to influence directly: outdated ideas of what it means to be good at math. These include speed and accuracy, which were important in decades past when humans were actual computers.

But research has confirmed what many people share with me anecdotally: Tying speed with computation debilitates learners. People who struggle to complete a timed test of math facts often experience fear, which shuts down their working memory. This makes it all but impossible to think which reinforces the idea that a person just can’t do math – that they are not a math person.

Source: Think you’re bad at math? You may suffer from ‘math trauma’

I am frequently told by people that they do not have a maths brain, could never learn maths, that they are not a maths person. I have had middle-aged women tell me of formative experiences that happened over fifty years previously that have shaped their relationship with mathematics. Recently I asked my Facebook friends both mathematically inclined and not so mathematically inclined about how they picture numbers. Time and again their responses included the statement that they are not good at maths.

Your life, and being able to function, revolves around math, and if we are losing students because of timed tests, then the timed tests need to go. For all of the grief common core gets, its emphasis on knowing the why in math was very powerful. Until that point, a lot of student education was focused on 2 times 2 equals 4, not why 2 times 2 equals 4.