Android apps are coming to Chromebooks, and it’s going to be huge 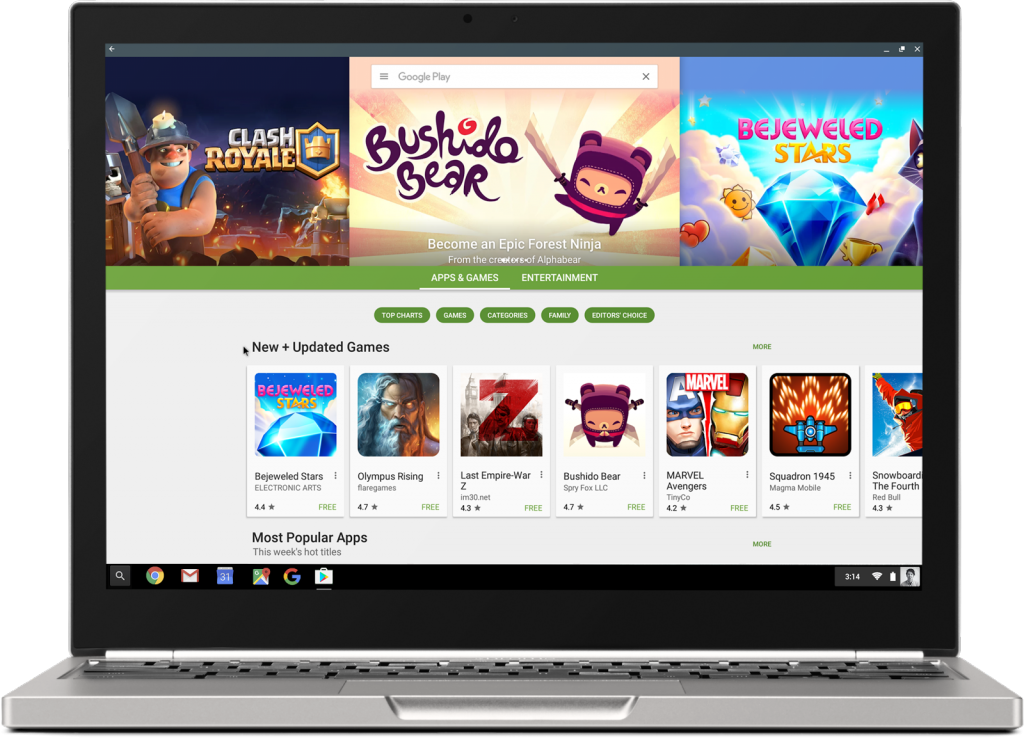 Google announced at its I/O 2016 Developer Conference that Chromebooks will soon be able to run Android apps, opening up a library of 1.5 million apps for use on the Google Chromebooks. The implications are pretty big for education, and it’s happening this year.

Chromebooks now make up over half of the devices sold for classrooms. Although they can’t do everything other devices can do, Chromebooks’ low cost and easy management make up for these deficiencies. Apple is working on combating at least one of these aspects with the management features being added to iOS for apps and users, but without modifying their pricing structure, the iPads are much too expensive. A Dell Chromebook 11 at retail is $240, and the cheapest iPad starts at $399. Chromebooks are now outselling Apple Macintosh Computers. Now, I know that selling the most is not indicative of the best product, and I wouldn’t say Chromebooks are the best product, but there are always compromises. And Chromebooks low price offset their deficiencies.

Where does Windows fit into all of this? There are low cost Windows laptops comparable to the Chromebooks, and they can run full applications. But Windows comes with a higher total cost of ownership in the form of support and management.

What’s been lacking on Chromebooks is multimedia apps such as video, photo, and sound editing. Since HTML5 isn’t a good solution for working with rich multimedia, Google added Native Client (NaCL) to Chrome back in 2011. NaCL allows Chrome to download and execute actual computer code in the browser, allowing apps to have a better experience then straight HTML5. But NaCL hasn’t really taken off. Every platform needs developers, and developers won’t use a platform  unless it has users, so it’s a catch-22 situation. By adding Android, the world’s most popular operating system, to Chromebooks, Google can sidestep the situation. Now students will be able to use Adobe Premiere Clip for video editing, or Adobe Photoshop Express for photos. Plus, Minecraft!

Android rolls out this summer to 3 Chromebooks, the Chromebook Pixel 2, Asus Chromebook Flip and Acer Chromebook R11, and then more models this fall. The list for the fall doesn’t currently include the venerable Acer C720, but hopefully it will be added. Google Admins will be given the ability to control the ability to install Android apps and what apps can be installed, and I’m assuming be able to handle purchasing apps. I’m pretty excited!