Three months with the Asus Flip 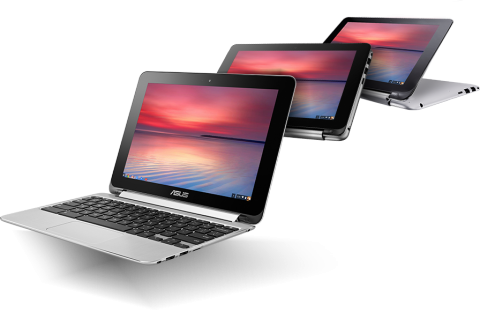 For the past three months I’ve been using the Asus Flip Chromebook as my main mobile device, and you know what? It works pretty well. I bought the Flip on a whim back in May when Google announced that Android apps were coming to Chrome OS. Since then, Google has released Android apps on a few of the Chromebooks, including the Flip. They were a little rough at first, but Android apps have gotten progressively better.

The best part of the Flip is the size. The aluminum case and 10″ screen enclose a device that really easy to fit in almost any bag. I can even fit it in cargo shorts. The ability to run Android apps is very nice. No longer am I limited to what can work in Chrome, I can run what is available for Android. Not everything works yet, such as Microsoft Remote Desktop, but it keeps getting better.

Being able to convert to tablet mode works really well, and is nice for those times that I’m standing.

What I’m neutral about with the Flip

Battery life has been meh. Not as good as I would like, but still at least 6 or 7 hours. There has been only one time that I’ve had to turn the brightness down to make it last through a late meeting. I’ve typed thousands of words on the keyboard, and there isn’t anything I dislike about the keyboard.

Performance has been a little disappointing, usually Chrome is struggling to bring up Gmail or Drive. I ordered the 4GB version of the Flip, but performance is still not where I wish it was.

Should you check it out?