My quick review of the Asus Flip Chromebook

When Google announced that Android apps were coming to Chromebooks I decided to bite the bullet and buy an Asus Flip Chromebook($). The Flip is one of the first Chromebooks to be receiving the ability to run Android apps, the other two are the Google Pixel 2 and the Acer Convertible Chromebook R11($).

The Pixel 2 doesn’t fold up to be a tablet (and costs $1,299) so I didn’t want to get it. The Acer R11 is slightly larger than the Flip, but is not available with 4GB of RAM (update: BJ Thaman let me know that it is available with 4GB), so I decided against it too. 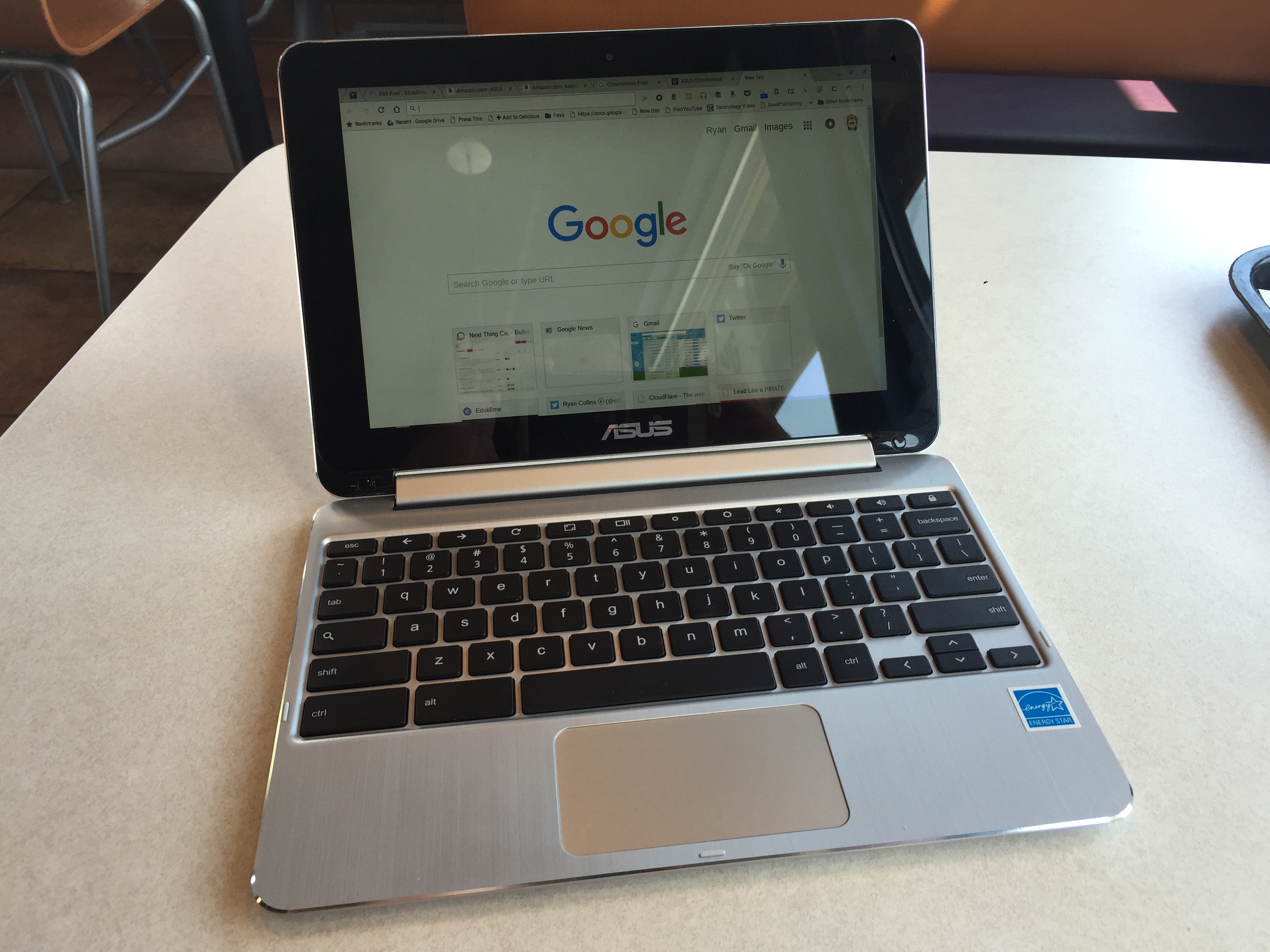 The big different between the Flip and most models of Chromebooks are the processors used. The R11 and Pixel 2 both use Intel processors, while the Flip uses an ARM based processor like the one found in most smartphones. This makes the Flip less powerful than its brethren, but it also makes the machine small, cheaper, and gives it a longer battery life. I paid $270 for the 4GB model of the Flip.

First impressions? It is almost the perfect size for me. The metal casing gives the laptop a more expensive feel. Some reviewers complain about the cramped keyboard, but I find it more than adequate. Size wise, it’s about the same as an iPad when paired with a keyboard (and depending on the keyboard, the Flip may be thinner). At 1.5 lbs it is going to feel heavier than the current iPad, but looking back, it’s about the same weight as the original iPad (which didn’t have a keyboard).

It comes with two USB ports, a micro-sd slot, micro-HDMI port, and the power port. Unfortunately the power port isn’t the same as anything I have, but with the long batter life I don’t bother bringing an adapter with me. 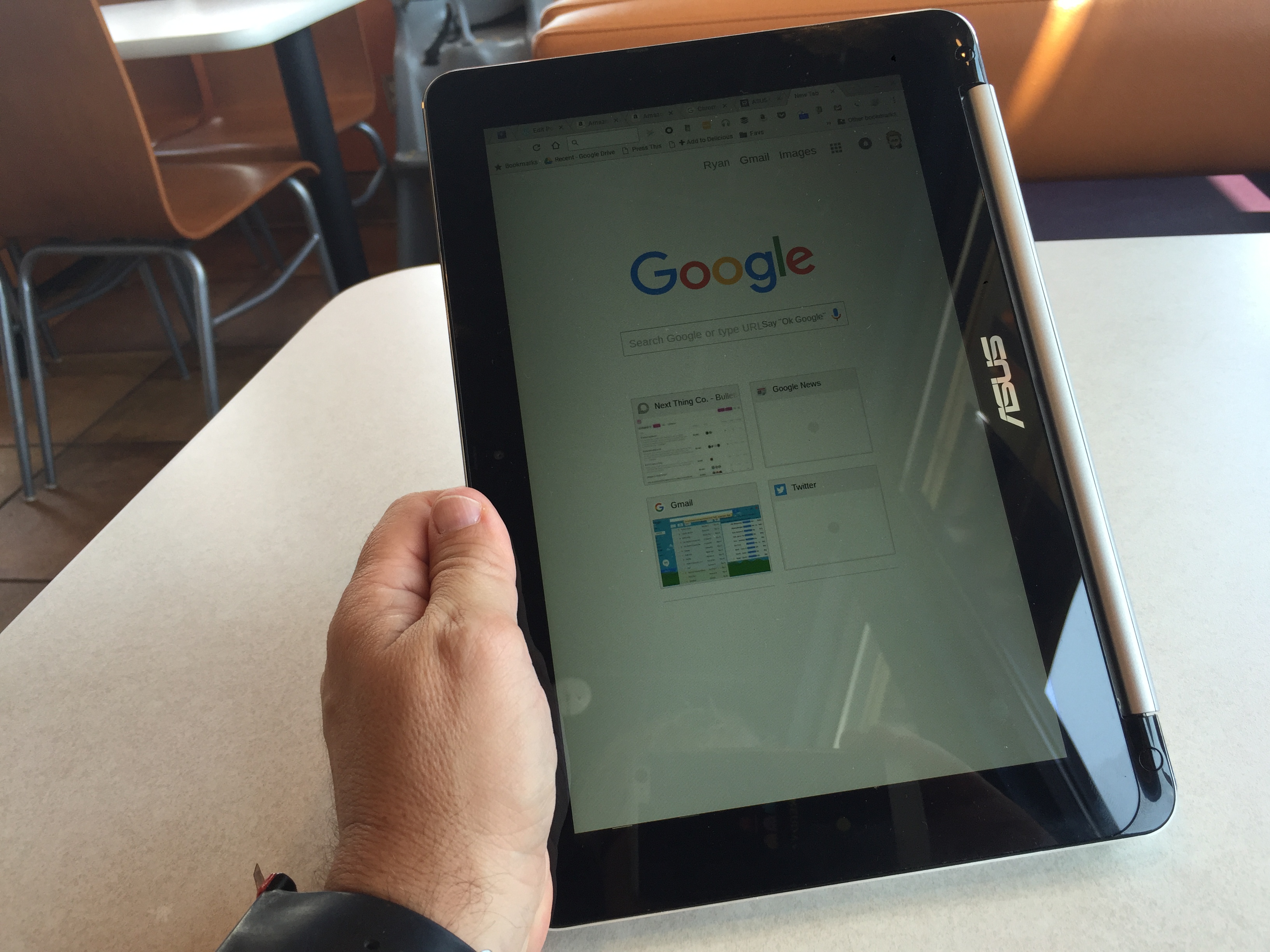 When flipped, the keyboard and tackpad are automatically disabled, making the device a serviceable tablet. Maybe serviceable is not the correct word… It’s a pretty decent tablet that is being held back by a lack of tablet apps for Chrome OS. Next month this will not be a problem, when Android apps become available.

Except for a few performance issues (working on a 30 page Google Doc with 8 others was pretty painful) I’m really happy about the Flip. It could fit a nice niche in schools, with the big negative the high price of replacing the screen and/or the digitizer (~$170 for both).  It will even fit in the side pockets on some of my cargo shorts.