Zoom on a Chromebook with these magnification shortcuts

There are times when you want to zoom on a Chromebook, for example, when you are demonstrating a website for your class and you want the students to only look at a particular part of the website. 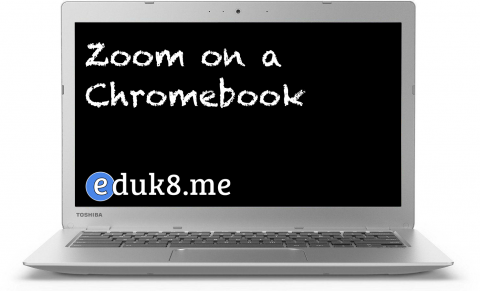 There are three ways to zoom on a Chromebook.

This is good when the page designers put the elements on the page too small. Chrome puts an indicator in the address bar to show when magnification is turned on.

To reset magnification, press control-0 (that’s a zero, not an O).

Zoom on a Chromebook with the accessibility feature

Finally, you can turn on magnification in the Chromebook’s settings to zoom in on the screen. Open up the settings, click on the Advanced Settings link at the bottom of the screen, then scroll to the accessibility features. Check the screen magnifier option. 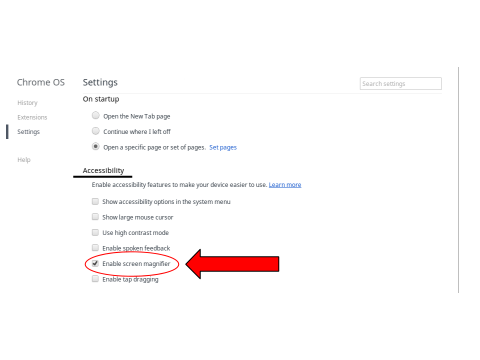 Now the screen will probably zoom in, but you can move the mouse pointer around to pan around the screen. To adjust the magnification levels, use control-alt and the brightness keys to zoom in and out. This feature can be left on because when you zoom all of the way out it doesn’t matter if it’s on or not because you can see the entire screen. Besides using the keyboard shortcut, you can hold down control and alt and use a two finger scroll on the touchpad to adjust magnification level.

This is my favorite way to zoom on a Chromebook because I can pick the zoom level and direct the students’ attention to a particular area of the screen.