I will be attending the Ohio Educational Technology Conference this week, and decided I needed to update my conference checklist. 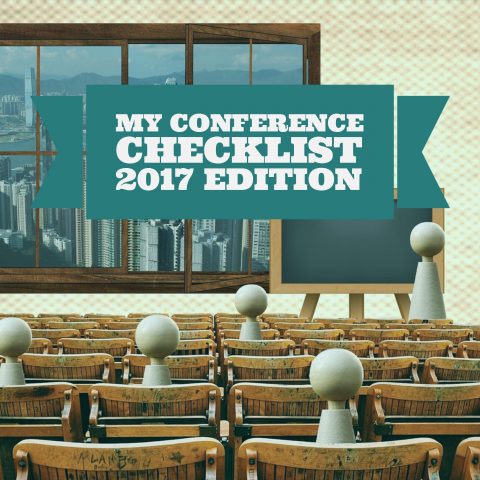 A very good friend of mine turned me onto checklists awhile ago, as in evident of my posts on the subject. This checklist works for me, and hopefully there are a couple of nuggets of brilliance that you, dear reader, can use!

Several years ago I bought one of those scrolling sign name badges. 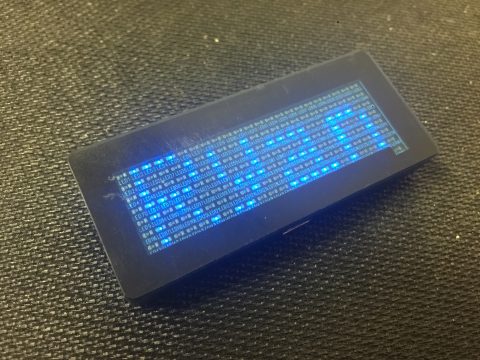 It’s small enough that it fits in the lanyard name tags given at most conferences, and bright enough to be noticed. The only downside is that it requires a Windows computer to program.

I doubt I’m going to take my 2010 MacBook Pro. It’s just too heavy to lug around for three days. Right now I’m planning on taking my Asus Flip Chromebook and iPhone 6 Plus. Only two devices is a departure from the number of devices I’ve brought in the past, but I never use them. The Flip lasts seven to 8 hours on a charge, but I’ll probably use the iPhone as much as possible. I find that the phone is just too handy when I’m standing and walking around.

The other device I will take is my Stowaway Bluetooth folding keyboard to use with my iPhone. For long note taking sessions I can use the keyboard (if there is a table).

It seems every Christmas Amazon puts some USB battery packs on sale, and I end up buying one. My latest pack is the Jackery Giant+ Premium 12,000 mAh Dual USB Portable Battery Charger & External Battery Pack. It supports pass-through charging, so I can charge a device while also charging the pack. That is, if I bring a powerful enough USB charger. For that I have a 12W charger from my iPad.

4. Set up a hashtag shortcut on my phone

Under iOS, keyboard shortcuts can be set up to speed up typing. For the #oetc17 hashtag, I will set up a keyboard shortcut for ooo, which will expand to #oetc17. From then on, I can type ooo instead of switching to the symbol keyboard for the hashtag.

I’m a huge fan of Agile Tortoise’s Drafts – Quickly Capture Notes, Share Anywhere!. With Drafts, I can quickly capture textual information, and then decide what I want to do with that information. One workflow that I will set up with Drafts is a Tweet #oetc17 action. The action will simply take what is typed into Drafts, append the conference hashtag, and then tweet it out on my account.

The quickest and easiest way I’ve found to tweet during a conference.

Another action that I will set up is a Save Notes #oetc17 workflow. This will take the current note, prepend the current date and time, and then append it to a oetc17notes.txt file in Dropbox.

6. Set up IFTTT to save my notes

Why would I need IFTTT to save my notes when I already have an action in Drafts? Well, to be flexible. The IFTTT recipe appends everything I tweet with the conference hashtag to the oetc17notes.txt file. This includes tweets I retweet.

If ethernet works in the hotel room, your own wifi router will give you a better experience than trying to use the hotel’s (usually overloaded) wifi. I bought a TP-LINK TL-MR3040 Wireless Router on clearance at Walmart a year or two ago. It includes a battery for cordless use, or it can also charge devices.

Always handy to have a Chromecast. The problem is trying to get it on the hotel’s wifi since most use a captive portal which you can’t complete with a Chromecast. In this case, I use my iPhone hotspot as a wifi access point.

One can never have enough Ho Hos for a conference.