Greenshot is an awesome screenshot tool for Windows and Mac 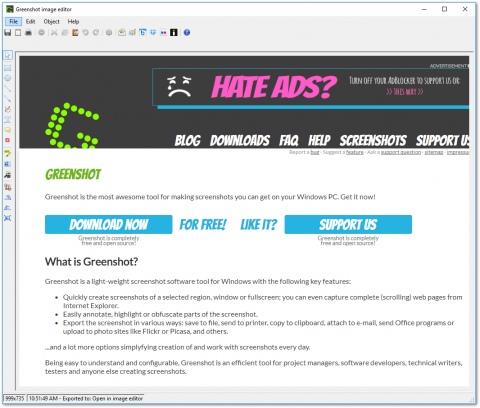 Greenshot has most of the standard features that a screenshot tool should have, and then some extras:

This is a pretty cool tool, and one I will be using when I’m running Windows.