Poor grades can be related to sleep schedules 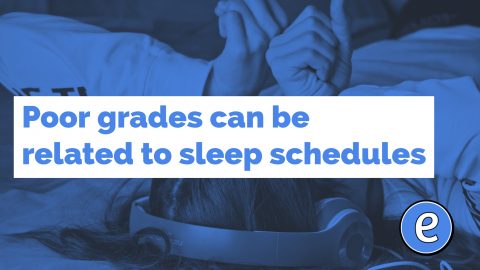 Their findings, published today in the journal Scientific Reports, show that students whose circadian rhythms were out of sync with their class schedules – say, night owls taking early morning courses – received lower grades due to “social jet lag,” a condition in which peak alertness times are at odds with work, school or other demands.

And I also found out that night owls have a higher risk of dying early.