CloudConvert has an iOS app

Yesterday I mentioned CloudConvert as a simple way of converting files, in that case, converting a Google Slides document to a series of graphic images. When I was playing around with CloudConvert, I found out they had an iOS app. I downloaded the app and it works pretty much as expected. It doesn’t require registration, and the free limit is 10 files per day instead of the 25 minutes of conversion time of the web version.

I did have issues opening documents from Google Drive in the app, but as a work around, you can open the document in Google Drive and then send it to the App from there. A little cumbersome, but if you are on an iOS device I’m sure the benefits will outweigh the tediousness. 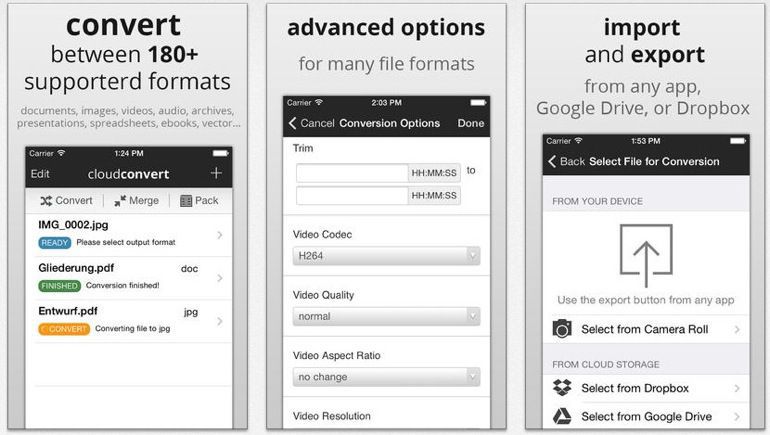