Drafts 4 – Quickly Capture Notes, Share Anywhere! for the iPhone and iPad is relatively expensive at $9.99, but if you do a lot of work from your iOS device then you will find it to be totally worth it. On my iPhone, this app is in the toolbar at the bottom, that’s how much I use it.

At first glance, Drafts appears to be a glorified note pad, but that’s not it’s primary focus. As its long name implies, Drafts is used to quickly capture text. Once the text is captured, you then decide what to do with the text. It’s almost unlimited with what you can do with captured text, so I’m just going to cover 5 things to get you started. 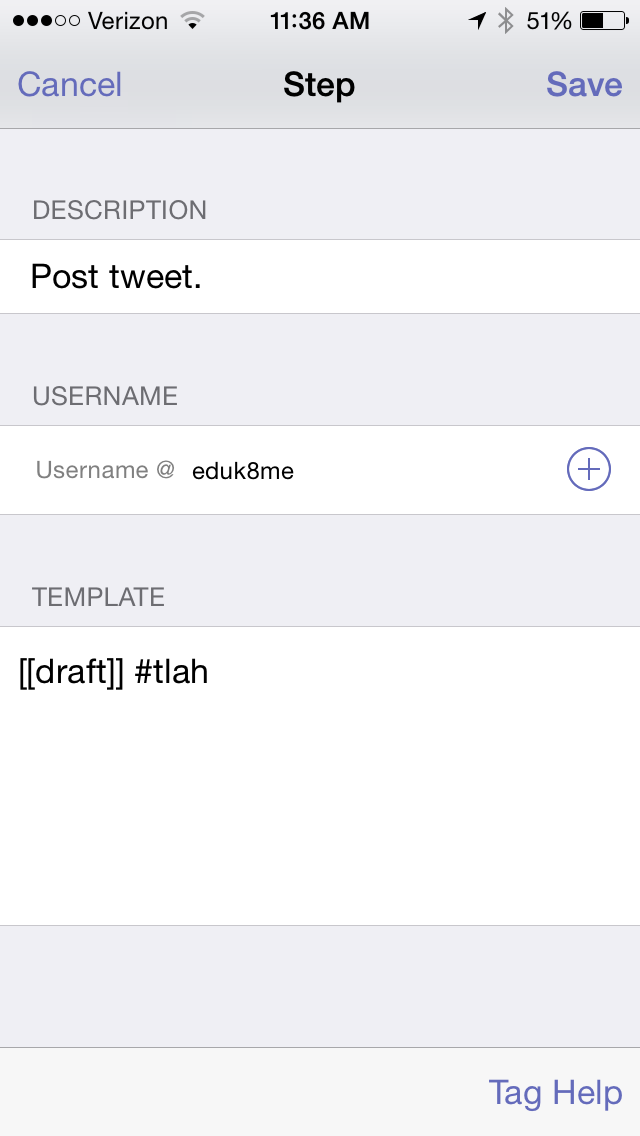 Items of the text are accessible through the use of tags. The [[draft]] tag will be replaced with the full draft. Now, to tweet out a neat hack to #tlah, I just start Drafts, type the tweet, and select my new action to send it out.

For this action, we aren’t going to use the [[draft]] tag, but two additional tags, [[title]] and [[body]]. The [[title]] tag is the very first line in the draft, while the [[body]] tag is the draft without the first line. 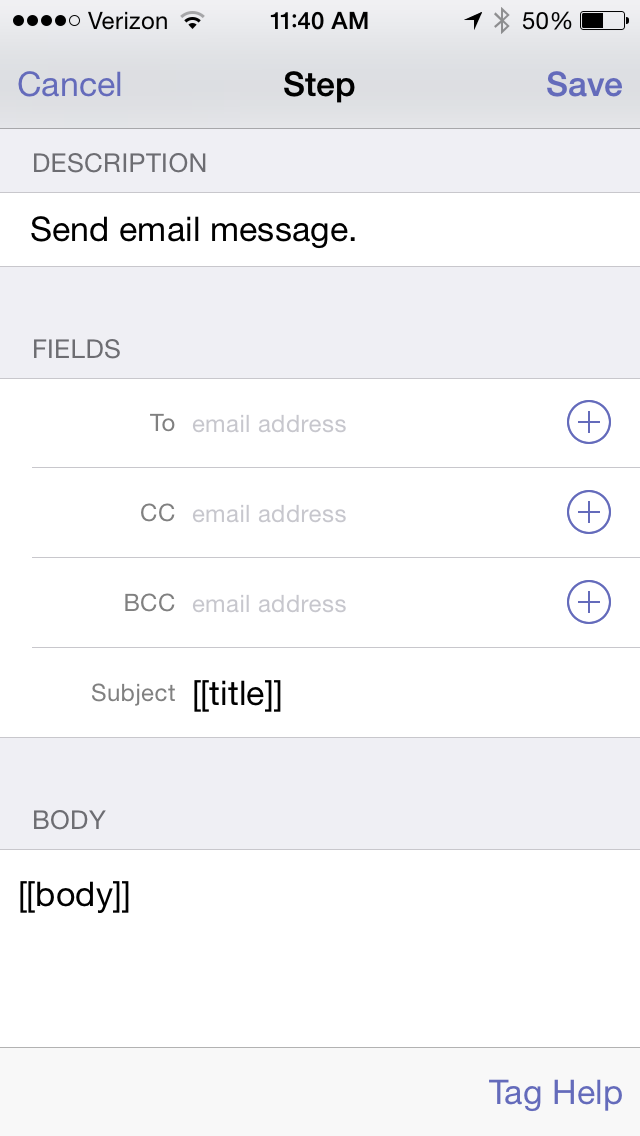 When you type your draft, the first line will become the subject and the rest of the draft is the body of the message. When you apply this action to a draft, a send new email will pop up, with subject and body already filled in.

You can also fill in a default To: address if you are constantly sending an email to the same place, such as your district’s help desk ticketing system.

How many times do you hear or read a quote or funny saying that you would like to save for later? Drafts lets you quickly write it down before you forget it, and then append it to a file. The file can be in Dropbox, iCloud Drive, Evernote, or Google Drive. 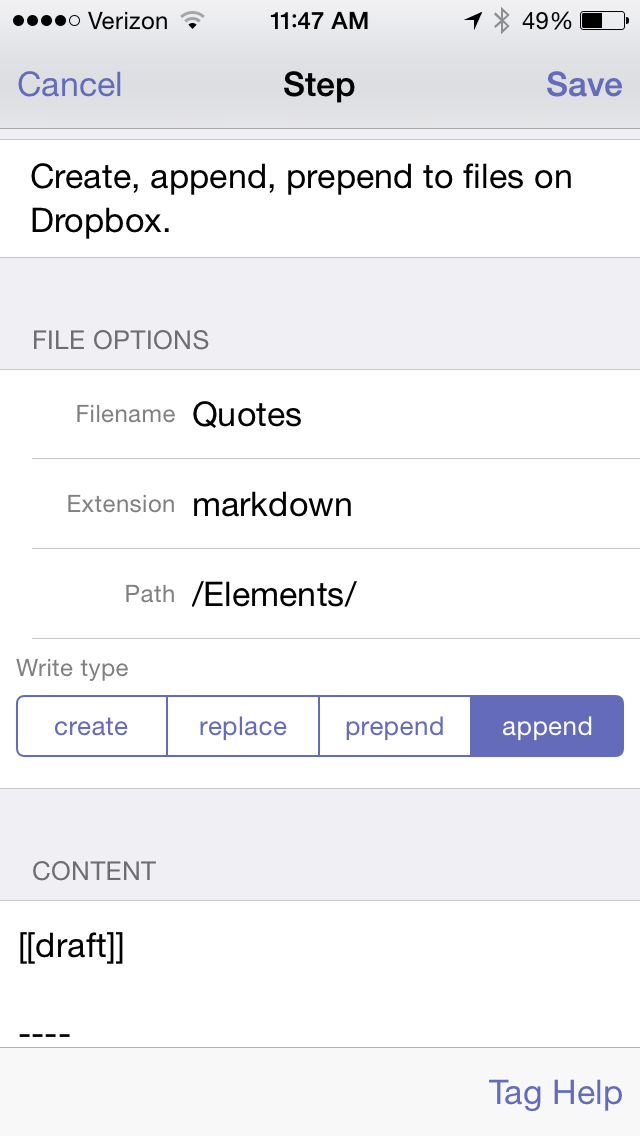 This action appends the contents of the draft to the file Quotes.markdown in Dropbox/Elements (Elements is just a location in my Dropbox where I put notes, you don’t have to put it there). After it appends [[draft]], it puts a line and then four hyphens, which helps separate the different quotes.

This only scratches the surface of what Drafts can do. Other capabilities include performing multiple actions on a draft (for example, append to a file and also tweet out the draft) and even writing your own actions in Javascript.