Today is a day I despise on the Internet. Filled with wannabe Onion writers, millions of sites think they are funny when in reality it’s just annoying. But, all is not lost. There have been great contributions on April Fools Day, and the optimist in me believe there will be in the future.

Forty years ago today, Steve Jobs, Steve Wozniak, and Ronald Wayne founded Apple Computer. Built upon Wozniak’s Apple I computer, it has become the worlds largest publicly traded company. To put their size in perspective, the $223 billion in revune from 2015 is almost 2.5 times Microsoft’s from the same period.

The computer which started it all was the Apple I. Consisting of not much more than the motherboard (the user had to add a case, power supply, power switch, and keyboard), it still sold almost its entire first run of 200 in ten months. What set the Apple I apart from it’s contemporaries was that fact that it could use video display with it. 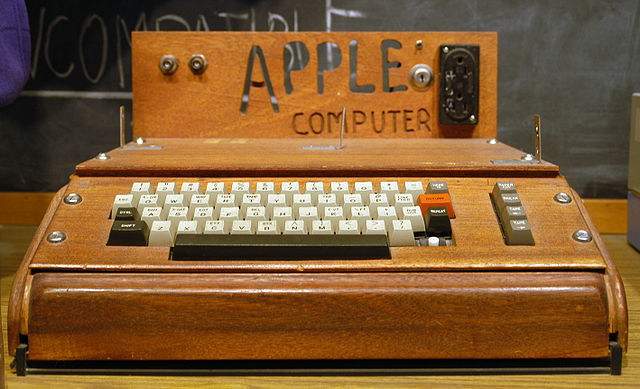 One of the greatest April 1st pranks that turned out to not be a prank was the announcement Google made on April 1st, 2004 for an email service called Gmail that offered 1,000 megabytes of space for emails. At the time this was so crazy that people thought Google was just pulling a fast one on the public. To put it into perspective, Yahoo! mail offered 4 megabytes at the time and Hotmail offered 2 megabytes. This was such an amazing prank that Time wrote about it in 2013 as Google’s Greatest April Fools’ Hoax Ever (Hint: It Wasn’t a Hoax).

What is your favorite April Fools joke?