The implications of Lee Sedol’s defeat by Google’s AlphaGo 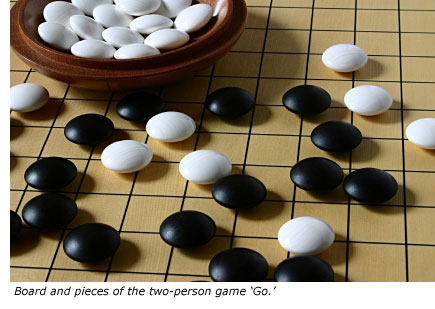 The game of Go has been played for over 2,500 years, and it was believed at one time that the computer would never be able to play it competitively. Chess fell to the computer against strong human players in the 1980s, culminating with IBM’s Deep Blue win over world chess champion Garry Kasparov in 1997. After a series of matches in 2005 and 2006, it is believed that a computer will always be better than a human player in chess.

The Chinese game Go, however, is exponentially more complex than the game of chess. It was believed that it would take another decade before the computer could beat the best human players, but it just happened this week in Seoul. AlphaGo beat Lee Sedol, one of the top Go players in the world in three games. This is just 6 months after beating Europe’s top Go player.

What makes this more interesting are the comments describing AlphaGo’s 37th move in game two:

At first, Fan Hui thought the move was rather odd. But then he saw its beauty.

Robots will be taking our jobs, including those jobs that are believed to be too “human”. Imagine a teacher being able to know everything about a student, from what the student did last night, how her friends are feeling today, how she is feeling today, what words she can understand, what words she needs help with, what concepts she understands. This teacher will have access to millions of different techniques and can apply these to any situation at hand. Think of the best teacher you’ve every had, and then crank it up to 11. No, make that 100. Or 1,000.

What does that mean for humanity? When every job, movie, book, etc. is done by robots and computers? And not only completed by robots, completed better than any human can do.

Or was the 37th move just an illusion of beauty?